The Global Burden of Disease, GBD, Study 2010 is the largest ever study to describe the global distribution and causes of a wide array of major disease, injuries and health risk factors.

Musculoskeletal conditions were shown to be the second greatest cause of disability globally, affecting over 1.7 billion people worldwide and have the fourth greatest impact on the overall health of the world population, considering both death and disability. GBD 2010 showed that that low back pain is the leading cause of disability and that osteoarthritis is one of the fastest growing conditions.

The GBD has released a press note on the 15th of December 2012 calling on governments and the World Health Organisation (WHO) to prioritise musculoskeletal health and make it a public health priority, after findings published in the Global Burden of Disease Study 2010. The study demonstrates the impact of musculoskeletal diseases in all regions of the world, and affirms the latter to be the second greatest cause of disability globally.

This report provides indisputable evidence that musculoskeletal conditions are an enormous and emerging problem in all parts of the world and need to be given the same priority for policy and resources as other major conditions like cancer, mental health and cardiovascular disease.

“The release of the Global Burden of Disease Study reemphasizes that Musculoskeletal Conditions have been under recognized around the world for their impact on Society. Even in the developed world research funding for musculoskeletal conditions has not matched the burden of disease. This report should be the wake-up call to governments around the world, particularly in the developed world, to increase the funding for research and prevention activities to match the disease burden,” said Stuart Weinstein, MD, co-chair, The Burden of Musculoskeletal Diseases in the United States (BMUS).

More details and info can be found on, http://www.thelancet.com/themed/global-burden-of-disease

Global Burden of Disease Study, 2012, on Musculoskeletal Conditions as the Second Greatest Cuase of Disability, Globally

Why knuckle cracking makes a popping sound, and why it might be beneficial.

Paracetamol 'does not work for lower back pain or osteoarthritis'

Integration: A Conversation with the Neuroscience Institute

Diagnosis and Treatment of Low Back Pain: A Joint Clinical Practice Guideline from the American College of Physicians and the American Pain Society

Every year, worldwide health professionals, who share the same Mission Statement, unite to discuss issues and share suggestions on how to maintain the highest standards of Patient's safety and Professional advancement.

On the recommendation of friends I went to see Nicolo Orlando with severe low back pain; I had reached the point where I could not stand up on getting out of bed in the morning. My initial appointment with Nicolo filled me with confidence to proceed further, as he was very particular in checking... Read More.

I had visited a Chiropractic before and the result was very good. This year I heard of Dr. Nicolo and went for treatment. I am very satisfied with the service, since he is very helpful, giving you as much time as required and only gives you another appointment, if needed. This is a lack from normal physio, because they try to take as much money as possible... Read More.

Dear Nicolo,
Thanks for the great service! I was initially very sceptical over chiropractic help for my lower back / hip pain. I tried it as a last resort. I wish I had tried it before! I have been pain free ever since my treatment. I strongly recommend your services!
regards & thanks
Justine

I went to Nicolo after have been suffering from an injury in my ankle and back pain for around 6 months. What surprised me more was his balance between his chiropractor treatments and easy&healthy life tips. In 2 sessions, my ankle was much better, result of the alignment of it and the exercises he recommended me to do... Read More.

Call Us to Book Your FREE Spinal / Postural Check Now!

The appropriate programme units of Master of Chiropractic (MChiro) includes standard requirements under the provision of the regulations described within the Ionising Radiation (Medical Exposure) Regulations 2000 and the (Amendment) Regulations 2006.

Chiropractors undergo three years of investigative imaging learning, from an introductory evaluation of spinal and extremities radiographs to then proceed to localization, identification and categorization of abnormal findings in order to gain skills to confidently diagnose a range of common conditions pertinent to those topics.

We’d Love to Hear From You 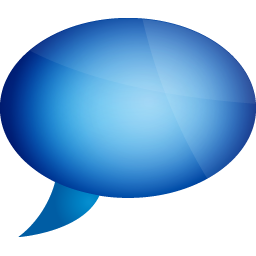